The provincial Assonautica Bari, set up in accordance with Article 12 and following the rules of the Italian Civil Code shall be governed by this Statute and not for profit.

The name and logo of Assonautica Bari are a specification of those properties of Assonautica Italia which must adopt all measures for its protection.

The seat of Assonautica Bari is c/o the Chamber of Commerce, Industry, Handicraft and Agriculture of Bari.

The Assembly, as per resolution, has the authority to amend the seat of the Association’s and also to found delegations of Assonautica in Province area.

The duration of “Assonautica provinciale di Bari” lasts until the date of December 31, 2090 and may be extended by resolution of the Assembly.

“Assonautica Bari” at provincial level exercises all the activities necessary for the development of yachting; it promotes nautical tourism and all the related economical, productive and social activities and cooperates with the Chamber of Commerce, Industry, Handicraft and Agriculture of Bari in order to qualify and increase the activity of the sector.

To achieve this goal, Assonautica Bari:

Assonautica Bari, according to the policies and initiatives of Italian Assonautica, nonetheless on the base of the local environment, also directs its activities to:

Assonautica Bari exercise its powers at local level in executive and managerial autonomy.

Assonautica Bari is also entitled to subscribe with the local Chamber of Commerce, Industry, Handicraft and Agriculture specific agreement for the development of activities connected to the field of nautical tourism, fishing and boating both from the point of view of promotion and of culture, sports and exhibition.

4th Art. - Connection with the activities of Italian Assonautica

In order to guarantee the necessary flow of information relating to planned initiatives, Assonautica Bari communicates to Italian Assonautica the annual program of activities describing the initiatives that are intended to be accomplished; the final report of the directors and the number of the members.

In order to carry national initiatives which by their nature require cooperation with local structures, Assonautica Bari constitutes a local representative of the Italian Assonautica, as well as an operative seat and, consequently, exercises at local level competencies which are assigned to it, according to a detailed program of actions.

The members of Assonautica Bari are distinguished into founders, supporters and ordinaries.

They are founding members: The Chamber of Commerce, public authorities and those private individuals who have participated in the constitution of the provincial Assonautica and those designated so by the memorandum drawn up by a notary.

Supporting members are those who, in addition to membership dues, act voluntarily extraordinary contributions to the promotion of provincial Assonautica.

Ordinary members are those who pay Association fees only.

The membership fees are not transferable, except for transfers due to death and do not have cash value.

Collective members, in order to be admitted to Assonautica, must submit an application form, accompanied by – if adopted – a copy of their statutes or instruments of incorporation, in order to verify reasons for the lack of conflict or inconsistency between the purpose of the aspiring members of Assonautica Bari.

Individual members are allowed upon written request, with which they agree to all social purposes, and by the payment of a membership fee.

The admission of individual members is determined by the Board of Directors or by the Executive Committee with no obligation to motivate any refusal.

At the time of enrolment, it shall be given to all new members a membership card, provided directly from the Italian Assonautica; cards are not accepted from other sources.

The instructions in the first subparagraph shall not apply to structures of the chamber system, which is enough to pay the dues.

Membership status should be lost:

Additional regulations approved by the Assembly of Members:

The followings are necessary bodies of Assonautica Bari:

All bodies hold office for a term of three years, are renewable until a new member is elected.

The assembly is composed of Founding Member, Supporters And Ordinaries that comply with the payment of dues, as specified in the regulation and shall meet in ordinary sessions twice a year, by May, 31st for the approval of the activities carried out during the previous year, and by November, 30th for the approval of the annual work program and budget.

The Assembly shall meet in extraordinary sessions for the approval of the Statute and its amendments or when the Executive Committee considers it appropriate, or as a request is made by at least one third of its members or by the Italian Executive Committee of Assonautica.

In case of impediment of its representative in the Assembly, each member may specify a substitute delegate to represent him. Each substitute cannot be delegated more than twice.

9th Art. - Responsibility of the Assembly

proposes to the Board the establishment of any Chamber Board of Directors and appoint its members.

10th Art. Board of Directors

In the instance of establishing the Board of Directors, it is appointed by the Assembly, according to the modality prescribed in the guidelines, and is composed of a number of components ranging from a minimum of eight up to fourteen, in addition to the President who presides over it.

It is up to the Council:

The President represents the provincial Assonautica to all intents and purposes and adopts in urgent cases the measures of the Executive Committee, except for ratification at the next meeting.

The President elects among its members the Vice President, who is in charge of vicarious functions, involving the replacement, in case of absence or temporary incapacity of the President.

The President may delegate to the Vice-Chairman carrying out specific functions.

The President may entrust to the management of matters within its competence to members of the Executive Committee.

The Executive Committee comprises the President as chairman and a number of components between four and eight appointed by the Assembly.

It is up to the Committee to decide on all matters not attributed to the competence of the Assembly or to the Executive Council and, in particular:

It belongs to the Executive Committee all duties set out in the Statute to the Board of Directors, if the body is not instituted.

In case of a tie, the vote of the President is prevalent.

All collegiate bodies laid down in the preceding articles shall be chaired by the President who shall call the meetings, also by fax or e-mail at least 10 days before the date fixed.

In the case of meetings of the Executive Committee this period may be reduced to 5 days.

Likewise, the notice of convocation shall be posted at the registered office and / or alternatively, the association’s website, if available.

The calling shall contain the agenda, the place and date of the meeting; for the Assembly, for the Board of Directors and for the Executive Committee a first and a second call should be provided.

The secretariat of the Governing Bodies’ functions are disengaged from the Director, if appointed, who shall give effect to of the adopted resolutions.

The report of each meeting shall be approved by the next meeting.

The Bodies must be renewed within one month from the end of the term.

The members of each Governing Body, with the exception of the Assembly, that do not participate in three consecutive meetings without adequate justification shall lapse immediately and shall be renewed within one month of decline, unless you are in the last six months on the mandate of the Organ.

• The members of the governing bodies elected during their terms expire simultaneously with the expiration of the mandate of their organ of origin.

The control of the provincial administration of Assonautica Bari is exercised by the Board of Auditors, which comprises three effective members and two who alternate.

The auditors attend meetings of the Governing Bodies.

15th Art. - Board of Arbitrators

The Board of Arbitrators, if established,  is composed of three regular members and two alternate members elected by the Assembly and it shall exercise, in addition to the duties provided in Article 6 of the Statute, the functions of arbitration among their own members and the Assonautica, concerning all matters related to the activities in the areas of statutory and social relations.

When the Board is constituted, the Arbitration Board is integrated with a component for each member party to the dispute.

An appeal against the arbitration judgment is permitted by the appeal to the National Board of Arbitration.

The revenues of Assonautica Bari consist of membership fees, voluntary contributions from supporting members, by contributions, bequests, donations, income earned for services rendered and from the proceeds of any other nature.

The Capital is represented by chattels and properties of the Association.

The financial year starts every year on 1st January and ends on 31th December.

Hence the budget provision and the annual activity program, Assonautica Bari distributes its resources in order to save a share for any future initiatives, in collaboration with the Chamber System, based on the general program activity of the Italian Assonautica.

The Assonautica Bari has full administrative and financial autonomy and, therefore, responds through third parties for its obligations, excluding any debt of solidarity with other national and local structures.

The profits or funds, reserves or capital will not be distributed, even indirectly, during the existence of the Association, unless the destination or distribution is required by law.

The Assonautica Bari, by its own organizational autonomy, directional and managerial, is also able to constitute structures shared with other provincial Assonautiche.

19th Art. - Approval of the Statute

The social Authorities, as established in the Article 7 in office on November, 30th 2013, will expire concurrently with the date of the approval of the final budget for the year 2016, which shall be held before the May, 31st 2017.

The election of the Members Of The Board or, in their absence, of the Executive Committee, in the arrears of the approval of specific regulations, will be as recommended by each member of a number of preferences equal to half (rounded up) of the number of components to be elected.

during its terms The renewal of forfeited or resigned members of the governing bodies (except the Chairman) shall be in the manner indicated in the specific rules or, by failing that, by co-option indicating a majority of the remaining members of the same body they belong to.

The right of participation for Assembly members, with lack of specific regulations, is attributed to members in good standing with the payment of dues for the year prior to the date of the Meeting. 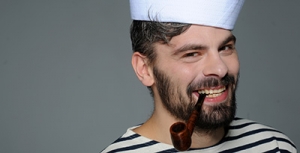 Nautical Notice board. The new meeting point between supply and demand.

The Board is the “place” where is possible to find everything you need about boating and represents the chance to have at your fingertips a list of skippers and sailors. 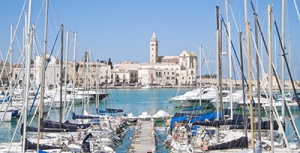 Tourist itineraries. The ideal place to discover the Land of Bari.

One way to make Bari and its coast and a “must see” destination for all boaters who want to know or revalue our territory.

The project aims to provide an opportunity also to members not having an own boat, in order to let them enjoy the sea and have the opportunity to sail with no additional costs.>>> 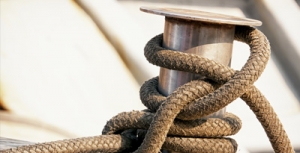 Our newsletter will allow you to stay updated on the activities of Assonautica Bari and all events and demonstrations nationwide. 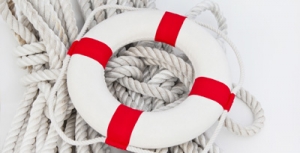 The agreements. A tangible benefit for all members.

Discounts on moorings and purchase in stores and for services in the field of navigation, the Assonautica Bari has signed a series of agreements on behalf of its members.